On the 20th November 2014, a prize-awarding ceremony was held in the studio of Hubei Wuhan TV & Broadcast Station to award the “Good Product in the Eye of Farmers”, which is an event hosted by the Agricultural Journal of the Sales and Market Magazine. A TV program was made in the name of Agricultural Material Dialogue. Through the intense competition, Bisheng won the award of the “Good Product in the Eye of Farmers”. Xu Qunhui, the General Manager of Xinnong Chemical Ltd received the award and took an on-the-spot interview.

The event is conducted via the messenger service of WeChat, internet, magazine publications nation-wide, market survey and interview. 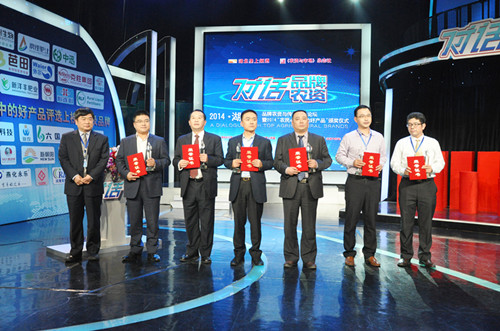 Next:The company’s research of green synthesis and industrialization of the p…